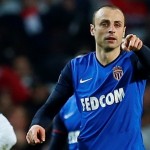 Reports are out claiming that AS Monaco striker Dimitar Berbatov had a pop at the English press after last night’s Champions League shock at Arsenal.

The former Manchester United striker responded to criticism that aged 34 he is too old to make an impact in the Champions League.

“It’s not about age it’s about the class.”