Arsenal chief Ivan Gazidis has revealed that financial stability is crucial to maintaining a competitive team. 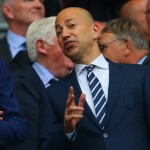 The 50 year old says the stadium move has been crucial to the club’s first team success.

“It allows us to go out and, if the manager believes in someone like Mesut Ozil, he can buy him. It’s the same with Alexis Sanchez. Underneath that tip of the iceberg, those star signings that we talk a lot about, there’s an awful lot else going on. We’re signing some fantastic young talent and we’re keeping our players now, unlike the situation two or three years ago when we were really financially challenged and were losing our top players, we’re signing our top players to long-term contracts.

“Guys like Jack Wilshere and Aaron Ramsey, I could go on. Underneath that you have all of this other stuff this football club is about. “ Arsenal Locked In Talks With Lanus For Miguel Almiron