It has been reported that Arsenal chief Ivan Gazidis has hit out at the FA Cup final ticket allocation. 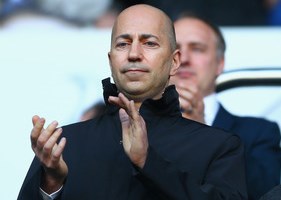 The FA revealed on Monday that Arsenal and Hull will receive 25,000 tickets each for the final on Saturday 17 May.

Arsenal had received 49,000 tickets for Saturday’s semi-final victory over Wigan after the Latics had returned some of their original allocation and Gazidis is disappointed that so many “loyal supporters” will be unable to attend the final.

Gazidis said: “We are disappointed many of our supporters and also those of Hull City will be unable to get tickets to the cup final.

“We fully understand this is the showpiece FA fixture to celebrate the game as a whole, but we also believe the loyal supporters of the competing teams deserve a greater chance to see their team play in what is one of the biggest matches of the season. The balance in the FA’s allocation system is not right.

“Arsenal have approximately 45,000 season ticket holders and 150,000 members, many of whom come to games.

“They all give us their loyal support throughout a season but with the FA Cup final allocation at 25,000 there will be many disappointed Arsenal fans, who have supported the Club home and away for years, who will be unable to get a ticket to this historic match.” Jens Lehmann Set To Return To Arsenal For Coaching Role