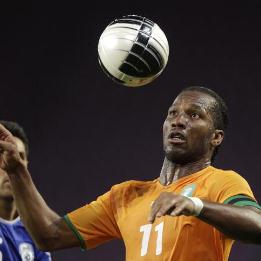 A Didier Drogba penalty ensured Ivory Coast beat Israel 4-3 in an entertaining friendly in Switzerland on Wednesday and moved the striker within two goals of a landmark 50 for his country.

Ivory Coast raced into a 3-0 lead after 68 minutes but Israel fought back to 3-2 before Drogba struck from the spot seven minutes from time after being fouled to clinch the win.

Maor Melicksen added his second to make it 4-3 late on.

Israel were warming up for Euro 2012 qualifiers against Group F leaders Greece and Croatia next month but the encounter was a fairly tepid affair until the stroke of halftime.

Tom Cleverley : Wayne Rooney Can Be A Top Class Captain!