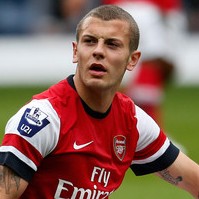 Jack Wilshere has declared that Arsene Wenger had a big influence on his decision to sign a new deal with Arsenal.

The young England international midfielder has given a clear indication of the respect the manager still commands among his players.

“He’s always been there for me,” Wilshere told the Official Arsenal Magazine.

“He showed faith in me when I was 18, and he stuck with me throughout the whole time I was injured.

“He knew the only thing that would get me better is games, and he stood by me. I need to thank him for that, and yes, he was a big part of why I signed.”