Arsenal midfielder Jack Wilshere has declared that Mesut Ozil’s arrival means they should be going for the title this season. 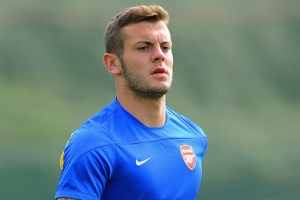 Arsene Wenger has even suggested his future as manager will be determined by the success the team enjoy now that the club have parted with more than £40million to recruit the Germany midfielder.

Is Wenger putting too much pressure on himself? “No,” Wilshere told the Daily Mail.

“The players know it’s time we did something as well.

“We don’t pay too much attention to what the manager has said. Obviously we read it, see it on the news. But it’s our job to concentrate on what we are doing and try to win something. We know where he is coming from, but there’s no real time to stop and think about it when there are so many games.

“The fact is, that setback against Aston Villa on the opening day aside, we have started the season pretty well. We’re in a decent position, there’s some confidence in the squad. We know we will create chances. The key is to reduce the opportunities we give the opposition to hurt us. We need to keep working on that discipline.”