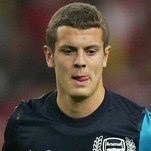 Jack Wilshere has admitted that he is frustrated over the progress of his rehab from ankle surgery.

The England international midfielder hasn’t played yet this season due to a serious ankle injury which needed surgery.

An X-ray has confirmed he is on schedule to be back in training next month.

“I should be back in training by mid-December, then I can crack on and it’s up to the boss when he picks me.

“It’s massively frustrating, especially after last year when we were so close to winning a trophy. We beat Barcelona at home and everything seemed to be going well and it ended sadly.

“I was looking forward to this season, I really thought we could push on and do something. To get a setback is massively frustrating but I’ll be back in December and hopefully we can push on from then.”

Fran Merida Still Part Of Wenger’s Plan For The Future