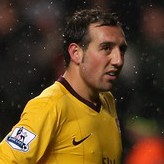 Reports are out claiming that Jack Wilshere has again heaped praise on Arsenal teammate Santi Cazorla.

Cazorla and Wilshere’s on-pitch relationship is blossoming and the 20-year-old is hugely impressed by Arsène Wenger’s summer signing from Malaga.

Wilshere told arsenal.com : “[People say] he’s the signing of the season and I agree with that,”.

“He’s been great. His style, he’s just so silky and the way he beats a player. He’s only a little lad but he gets stuck in. He plays like a Spanish player with an English heart.

“He’s not afraid to put his foot in and he’s been great for the team and he’s a great lad as well.”