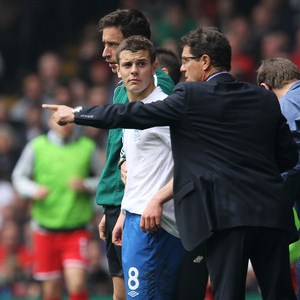 Jack Wilshere has declared that he wants current England manager Fabio Capello to lead the nation to the 2012 European Championships.

The Italian’s critics have made their feelings clear regarding his role after a horror World Cup showing and some less than impressive performances since.

However Arsenal starlet Jack Wilshere feels he is the right man for the job.

The 19-year old said : “Before the World Cup last summer, he couldn’t do wrong but now everyone is getting on his back,”.

“I think we need to give him a break. He is a great manager – he has proved that at club level before – and he has a great record for England as well.

“He is one of the best managers I’ve ever worked with, so people need to get off his back a little bit.”