Arsenal midfielder Jack Wilshere has heaped praise on teammate Olivier Giroud for the way he’s ignored speculation over his future. 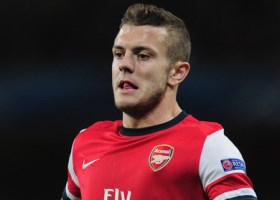 The French international striker has had to put up wit constant rumours of new striker arrivals since the end of last season.

The England interantional says Giroud’s response to all the transfer speculation has been spot on.

“He has been really impressive, especially at the beginning of the season when everyone was saying that Luis Suarez was coming in to take his place,” he said.

“For someone playing in that position it would have been tough for him to lose his place. But he has shown great character and for me he has been our best player.

“He has got a great physique and a great base of fitness. He’s been brilliant.”