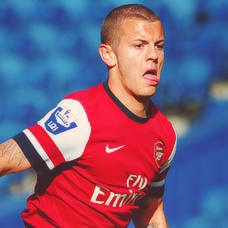 Arsenal midfielder Jack Wilshere made his first playing appearance for 14 months in an hour’s cameo for the U21 side.

The England international midfielder lined up in an advanced midfield role against West Bromwich Albion at the Hawthorns.

The 20-year-old was given a standing ovation when his planned substitution came 17 minutes into the second half.

Gunners boss Arsene Wenger has promised to take his time with Wilshere, who was forced to abort a previous comeback to have surgery on a separate knee injury.