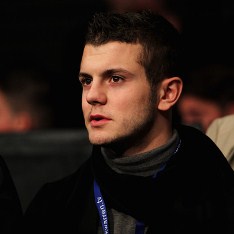 Jack Wilshere insists he sees his future only at Arsenal.

The crocked midfielder has made clear how much the club meant to him.

He told iFilm London: “I promise that, yeah. I’ve been at the club since I was nine and learned to love it.

“From the [Patrick] Vieira days, to [Dennis] Bergkamp, [Cesc] Fabregas, I’ve watched them come through and move on. There’s a crop of new players, [Aaron] Ramsey, myself, Kieran Gibbs…hopefully we can really create something special.

“I love the club and I want to be part of its future.”