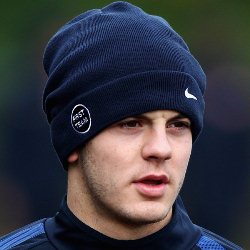 Jack Wilshere has confirmed that he is suffering from nothing more than an inflammation of his ankle and should be fit again “in a few days”.

The England international picked up the knock in the Gunners’ pre-season friendly against New York Red Bulls on Sunday and underwent a scan on Tuesday.

Wilshere confirmed on his Twitter account: “Ankle scan just showed some inflammation. Hopefully will settle down in a few days.”

The scan confirms the initial prognosis of the Arsenal medical staff, who informed manager Arsene Wenger that he could expect to be without the 19-year-old for a week.

The injury could still put Wilshere out of the Gunners’ final pre-season friendly at Benfica on Saturday.