It has been reported that Arsenal midfielder Jack Wilshere has rejected criticism of their lack of physical presence. 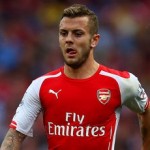 Arsenal were again berated for an apparent lack of strength in midfield against Hull, highlighted by the way Mohamed Diame powered his way into the penalty area to equalise.

Wilshere, though, insists the Gunners have plenty of fighters in their ranks.

“We will just ignore that criticism. We know what we can do in midfield,” he said.

“Okay, maybe our biggest or strongest point is going forward, but we know we can defend.

Wilshere added: “Maybe we haven’t got the results we wanted in some games where we drew when we should have won the game, but if you look back through the games like we do, there is a lot of positive stuff.

“We need more points than we have in the (Premier League) table, but going forward we are in a confident place that we can get the points we need.”

Arsene Wenger Not Ready To Change His Principles