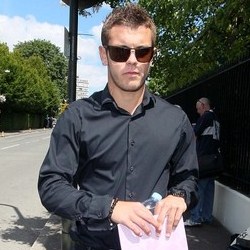 Jack Wilshere is set to undergo a scan on Tuesday which could determine whether he misses England’s friendly with Holland next week.

The Arsenal midfielder had been expecting to have his ankle injury assessed on Monday after lasting just seven minutes of yesterday’s Emirates Cup draw with New York Red Bulls.

However the scan was put back, with Wilshere confirming on his Twitter account: “Ankle scan tomorrow (Tuesday) now!!”

Manager Arsene Wenger has revealed the initial prognosis was for Wilshere to be absent for a week, which would rule the 19-year-old out of the Gunners’ final pre-season friendly at Benfica on Saturday.

And the Arsenal boss put himself on another collision course with England by declaring that unless Wilshere recovered in time to play in Portugal, he would not be available for the Wembley international four days later.