It has been reported that Jack Wilshere is set for an England recall for tonight’s World Cup qualifier with Poland. 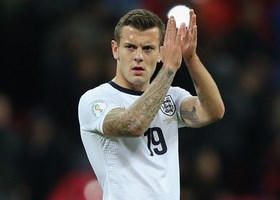 The Daily Star reported that the Arsenal midfielder is poised for a shock recall to the England team – with Frank Lampard set to miss out.

It is said that boss Roy Hodgson will keep his men guessing until lunchtime before naming his starting XI for tonight’s crunch clash with Poland.

However Lampard is expected to drop to the bench, while Phil Jones looks to be Hodgson’s pick to replace the suspended Kyle Walker at right back.