Arsenal midfielder Jack Wilshere has declared that he wants to one day captain the club. 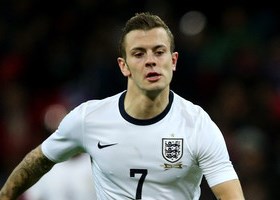 The 21-year old England international midfielder has skippered the Gunners at most junior levels and says he would love to turn those leadership qualities into captaincy of the senior team.

Wilshere told the club’s official website : “I’ve grown up at this club and I have captained the club at under-16 level, under-18 level and last season as well I got the armband for 20 minutes or so [against West Ham in January] which was a nice feeling. I want to do that for this club,”.

“Mikel [Arteta] came in, he was the captain at Everton and he’s the vice-captain here and you can tell by the way he is off the pitch, even when he was injured he was in the dressing room and giving us support. I do feel a bit of responsibility but I have players around to help me.”