It has been reported that former Arsenal midfielder Stewart Robson says Jack Wilshere must leave the Londoners to reignite his career. 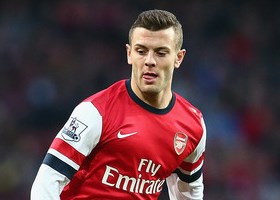 The England international was criticised by Manchester United legend Paul Scholes on the weekend.

“Paul Scholes is right though, he hasn’t developed as well as everybody would have liked him to.

“He lacks discipline. He wants to get on the ball and charge into tackles, there seems to be no discipline.

“Who does that come from? The manager. Wenger has to make sure he has a role in the side where he knows what to do when he does, and doesn’t, have the ball.

“He can be petulant at times. Why is he petulant? Because the manager is petulant on the sidelines and it’s never been sorted out.”