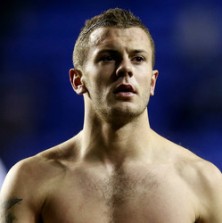 Reports are out claiming that Jack Wilshere is urging Arsenal teammate Theo Walcott to sign his new deal.

Arsenal persuaded five of British football’s brightest talents, including midfielder Wilshere, to extend their contracts last week, but an impasse remains with Walcott.

“Everybody at the club wants Theo to re-sign. But that is something he has to sort out, it is up to him and the club if they can reach an agreement and I hope they do,” said Wilshere, after Mikel Arteta’s penalty had given them a 1-0 win at Wigan.

“Theo’s been great for us. We just signed five British boys so hopefully he can be the sixth and cap it off. Arsenal Will Work Hard In The Transfer Market! – Arsene Wenger