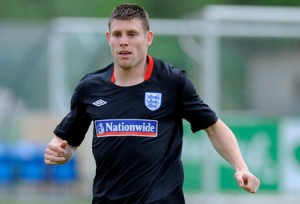 Aston Villa midfielder James Milner is believed to be holding out on a new contract after missing out on a lucrative move to Manchester City.

It is said that the 24-year old England international is reluctant to sign a new deal at Villa Park because the club does not want to sell him for £30million to Manchester City.

The former Newcastle United player has two years left on his current deal but Villa want him to commit for the long-term as they may face losing him for nothing in one of the coming two summers.

It is believed that Milner is not prepared to talk about his contract this year leaving the club in a predicament.