It has been reported that Wimbledon goalkeeper James Shea credits this season’s early success to Arsenal boss Arsene Wenger. 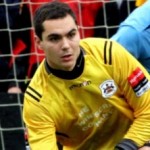 Released by the Gunners last season, the 23 year old was allowed to train with the Gunners by Wenger as he struggled to find a new club.

“I was on the bench for five of Arsenal’s Champions League group stage games but it changed so quickly after that,” he told the London Evening Standard. “When I got released I couldn’t get a club for love nor money. I had to play at Harrow Borough to get games, get my confidence up and play some men’s football.

“I thought I had a good CV after being on Arsenal’s bench for the first team a number of times. But nothing was coming up. I was thinking ‘well what do I do with myself now?’. It wasn’t very nice. I was playing for Harrow but training at Arsenal and that kept me going. I was at London Colney every day, otherwise I would have been doing nothing.

“I can’t thank the boss [Arsene Wenger] enough for letting me back. The likes of Thierry Henry and Robert Pires have been back training but they’re Arsenal legends who can do whatever they want!

“If I hadn’t got a professional club this season I’d have had to get a job. My dad is in the building trade so I’d probably have worked for him. I was overjoyed when Wimbledon came in for me. It was so good to be back in full-time football and to be getting paid for it — it’s a job at the end of the day.”