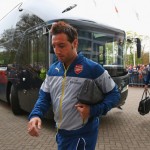 Reports are out claiming that Jamie Carragher believes Arsene Wenger’s penchant to find value in the transfer market is the only thing holding Arsenal back.

The former Liverpool defender praised the Gunners for their 2014/15 season after they impressed in beating Hull City 3-1 on Monday night but suggested that Wenger may need to spend a little bit of money in the summer if they want to be a genuine title hope next term and beyond.

“He doesn’t need numbers, you look at the squad and the bench, they’ve got it in terms of numbers, and quality throughout,” Carragher told Sky Sports when assessing Arsenal against newly-crowned champions Chelsea.

“Rather than what [Jose] Mourinho did, he got [Diego] Costa he got [Cesc] Fabregas. Maybe at other clubs managers feel that pressure a bit more, but Wenger has been at the club for that long he knows he’s safe in the job.

“If he can’t find a certain type of goalkeeper for a specific price, or maybe a centre back or central midfielder, I don’t think he’ll get them, whereas other clubs will say ‘you know what, I’m going to pay the extra, I’m going to get them no matter what’.

“He spends the money like it’s his own, that’s the way he runs the club, you can admire that in some sense.

“But I think maybe that sometimes holds them back.”