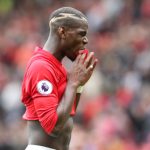 Speaking on Monday Night Football, the Liverpool icon said: “I don’t think it was so much Pep Guardiola getting it massively right, I think Jose Mourinho got it tactically wrong.

“I think for a central midfield player in a game of that magnitude, it was one of the most ill-disciplined performances you’ll see in the first 40 minutes. Patrice Evra : Our Destiny Is In Our Hands!