It has been revealed that former Tottenham star Jamie Redknapp hailed Jack Wilshere’s stunning goal for Arsenal against Norwich City. 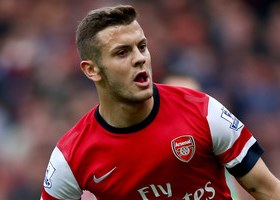 Redknapp wrote in the Daily Mail: “It was the finest team goal of the season and one of the greatest you are likely to see.

“The wonder of Arsenal’s football has often been used as a stick to beat them with. Not enough end product and certainly not enough trophies.

“So let us appreciate the first goal in a 4-1 win against Norwich that took them clear at the top.

“Finished by an Englishman and involving the same Englishman in four phases of the move. Maybe Greg Dyke and his commission don’t have such a difficult job after all.”