Jan Vertonghen is convinced that Tottenham’s squad is now superior to Arsenal’s. 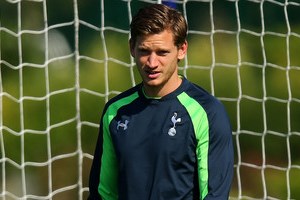 The Belgium international centre back claims that Tottenham will eventually power Arsenal out of Europe’s elite.

The former Ajax defender said : “The new signings just have so much power,”.

“I think the best example was the game against Swansea last week; they just run through people and have good quality on the ball as well.

“If you see guys like Nacer Chadli, Paulinho and Etienne Capoue, they are all tall guys who have pace but physical power as well. It will be bruising playing Spurs now.

“I think we are stronger than last year. We want to be up there in the top four. It’s a message to everybody.

“We have quality and because the squad is getting bigger, we have more opportunities to play more tactics.”