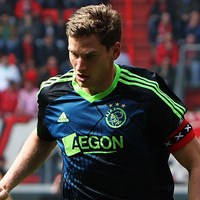 Jan Vertonghen insists its not ‘Tottenham or bust’ for him.

The Belgian international centre back does favour a move to Spurs, but remains open minded.

The 25 year old told Het Nieuwesblad: “I never said that I will only leave Ajax for Tottenham. I only said that they are my preferred option.

“I have a good feeling with the club and that matters to me. They have already invited me and want to wrap this up shortly.

“Tottenham missing out on the Champions League doesn’t play a role in my decision, but it could have consequences for their transfer budget.

“They’ve told me that I’m their only option and that’s a big compliment.”

Vertonghen was also linked with a move to Arsenal previously.