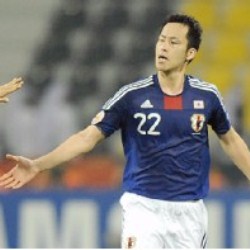 Maya Yoshida spared Alberto Zaccheroni’s blushes as his stoppage-time header rescued a 1-1 draw for Japan against Jordan in their opening game of the Asian Cup at Qatar Sports Club Stadium.

Abdel Fattah gave Jordan the lead, via a Yoshida deflection, just before the break and it looked like it would be enough to hand the West Asians all three points after they repelled wave after wave of attacks from Japan in the second half.

However, Yoshida rose to head home Makoto Hasebe’s cross to ensure Zaccheroni’s first competitive game in charge of Japan did not end in defeat.