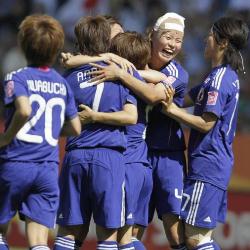 Japan beat New Zealand 2-1 in their Group B women’s World Cup opener at the Rewirpower Stadium in Bochum.

Underdogs New Zealand acquitted themselves incredibly well throughout the contest, but a moment of individual class from Aya Miyama made the difference in the latter stages.

Yuki Nagasato had opened the scoring early on, the New Zealanders were not behind long though with Amber Hearn levelling up just a few minutes later but it was Japan who prevailed thanks to a spectacular free-kick from Miyama.