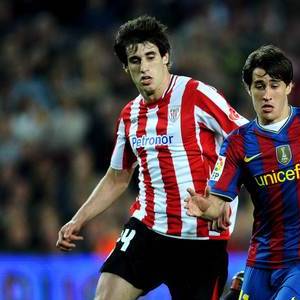 It is also revealed that Martinez is a favourite of Real Madrid coach Jose Mourinho and came close to moving to Madrid in August.

Elf Voetbal reported that the youngster is now attracting serious interest from the Red Devils, where manager Sir Alex Ferguson is considering a new midfield signing.

The 22 year old can play in a defensive role, but also is known for his attacking qualities and was part of Spain’s World Cup winning squad in the summer.