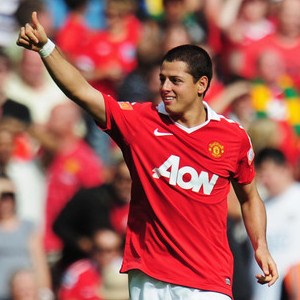 Manchester United kicked off their 2010/2011 season with a convincing win over newly promoted Newcastle United.

Goals from Dimitar Berbatov and Darren Fletcher gave the United a deserved lead at the break before substitute Ryan Giggs volleyed home a third to underline United’s dominance.

New signing Javier Hernandez made a substitute appearance in the second half replacing Wayne Rooney in the 62′ minute. This is what the Mexican international had to say after the match.