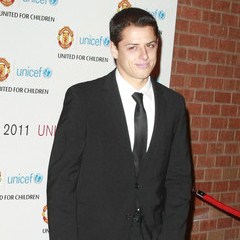 Javier Hernandez has admitted that he is well aware of the rivalry with Liverpool.

The 23-year-old Manchester United striker knows the importance of beating the Reds, stating the awareness of who they are playing is always in the back of their minds.

“I have learned a lot about the rivalry between Manchester United and Liverpool,” said Hernandez.

“In Mexico we know a lot about this already.”

“All over the world they know about the history of both teams, with so many titles in the Premier League and the European Cup. It is a very important rivalry.

“But when I came here I felt different. I learned a little bit more.

“We work just the same as we do for every game. But in the back of your mind, you know it is Liverpool and it doesn’t matter where we are in the league.”