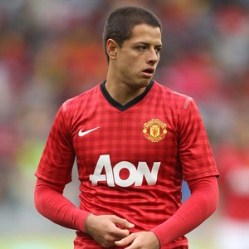 Interesting transfer news are out claiming that Manchester United striker Javier Hernandez is being linked with a shock move to Arsenal.

Hernandez, having dropped down the front-line pecking order at United with the arrival of van Persie, could go the other way to Arsenal.

Hernandez, who endured a difficult second season at United last term, is said to be frustrated at the inevitable lack of opportunities to start now van Persie has joined, amid unconfirmed reports he has told Sir Alex Ferguson he wants to leave.