Reports have emerged claiming that Javier Hernandez is set to be offered new terms by Manchester United. 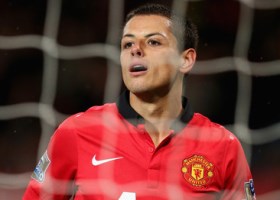 The Daily Star Sunday claims that Chicharito has voiced his frustration at his restricted opportunities.

But United boss David Moyes has made it clear Hernandez, 25, is a part of his plans and has a role to play at the club.

Talks on a new deal, therefore, could get under way in January.

Hernandez will have two years left on his current £60,000-a-week deal at the end of this season. And he has been linked with possible moves to Arsenal or Tottenham, plus Spanish outfit Atletico Madrid. We Still Have A Good Chance Against Olympiacos – David de Gea