Reports have emerged claiming that Manchester United striker Javier Hernandez has grown frustrated after spending most of his time on the bench at the club. 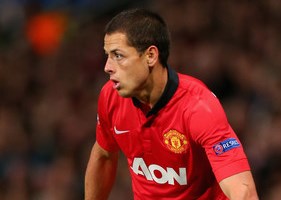 Arsenal boss Arsene Wenger has been urged to sign a new striker in the January market to provide cover for Olivier Giroud and Hernandez could prove to be the perfect solution.

Despite Arsenal’s interest in Liverpool striker Luis Suarez, it is clear that the Uruguay international will not be going anywhere soon, let alone to a Premier League rival.

The time is right for Arsenal to switch their attention to Manchester United’s want-away Mexican star. The 25 year old has proven himself for club and country and would be a cheaper option for the Gunners.