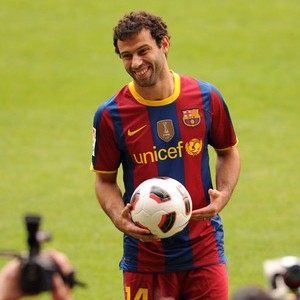 Argentine international midfielder Javier Mascherano has completed his move from Premier League side Liverpool to Barcelona on a four-year contract.

Mascherano will have to vie for playing time with Spain trio Xavi, Sergio Busquets and Andres Iniesta at the heart of Pep Guardiola’s side, after signing a four-year contract with the Spanish champions.

Mascherano said at his presentation in the Nou Camp that : “It would be stupid to think I would come here and be playing every game,”.

“You have to respect the people who are already doing well and who have won everything. In the positions I play in, there are three world champions. 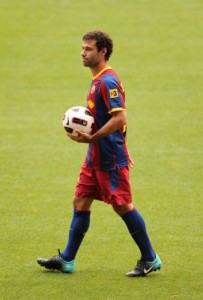 “It will be a honour to be able learn from them and to grow with them.”

Josep Maria Bartomeu, Barcelona’s sporting vice-president said that Mascherano had taken a pay cut to help complete the move, and said that the player’s arrival would be their last of the current transfer window.

The 26-year-old passed a medical earlier in the day before signing his contract, which has a buy-out clause of 90 million euros and he helps fill the gap left by Yaya Toure’s departure to Manchester City.

The Argentina international underwent separate tests at the Hospital de Barcelona and at the Nou Camp earlier on Monday and, after getting the thumbs up from Barcelona’s medical team, he was tonight due to sign a four-year contract with the Spanish champions. 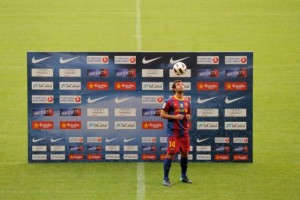 Club doctor Ricard Pruna told Barca TV: “It was an exhaustive medical that lasted around five hours. He is in excellent condition and is physically great.”

He added: “His cardiovascular level is perfect and he is a player who has had very few injuries. In the last five years he has suffered one injury that has left him with problems.”

Mascherano will wear the number 14 shirt with Barca, which was previously the number worn by Thierry Henry prior to the Frenchman’s departure this summer. 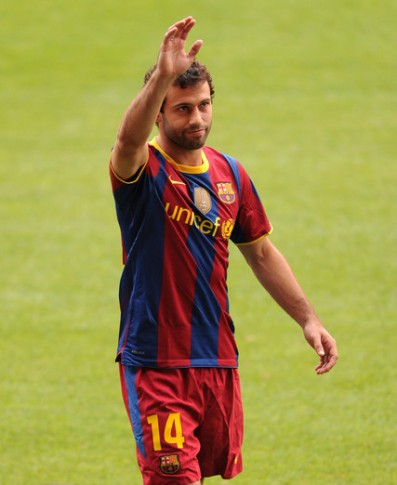 
Javier Mascherano Hit Out At Liverpool