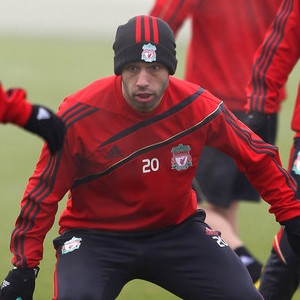 Sensational transfer news are out and it has been reported that Barcelona have confirmed that Argentina and Liverpool midfielder Javier Mascherano is set for a medical.

Liverpool on their part had announced this morning they had accepted an offer from the Spanish champions for the combative midfielder.

A statement from Barcelona appeared to confirm that, with the Catalans even suggesting Mascherano played a part in the final negotiations.

“FC Barcelona and Liverpool FC have reached an agreement in principle for the transfer of Javier Mascherano to the club for the next four seasons,” it said.

“The deal was closed after intensive efforts made by the club in the final hours and through the player himself in the negotiations.

“Barcelona will report the details of the operation once the player passes the medical and the transfer is concluded.

“It is hoped Javier Mascherano will arrive in Barcelona this weekend.”