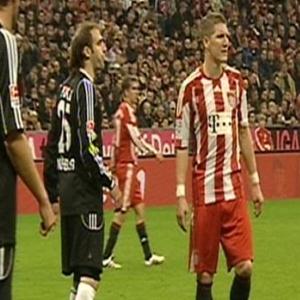 Argentina and Nuremberg midfielder Javier Pinola has been banned for four games by the German Football Federation (DFB) for spitting at Germany star Bastian Schweinsteiger during a Bundesliga match.

The referee of the match missed the incident, but a DFB disciplinary committee investigated the matter on Monday and announced their decision on Wednesday.

The Argentinian was found guilty of ‘extreme sporting misconduct’ and he will miss the next four German league matches.