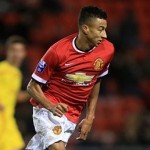 The 22-year-old spent three months at Derby last season making it a fourth loan move after previous spells with Leicester, Birmingham and Brighton.

He said: “The manager has not said anything to me at the moment regarding my future. I am looking to stay for the first couple of months and see what it’s like.

“Obviously I would like to stay for the rest of the season. This is my club. This is where I want to stay.

“The manager has been playing me off the right this time and he said he would like to get two players for each position.

“The tour has been really good at the moment. I was on loan last year so it’s good to be back with all the lads and the backroom staff.”