Jesus Navas has declared that Manchester City have no fear of Champions League opponents Barcelona. 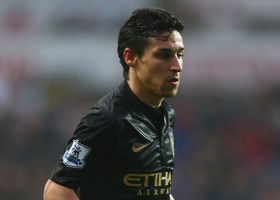 The Spanish international winger reckons they are not the same team that stormed to Champions League success in 2011 – even if they are still top dogs in Spain.

The 28 year old said: “It’s hard to say [if they are as strong as they were] because they set the standards so high in the past.

“It is very, very difficult to keep playing with that kind of style year in and year out.

“But, that said, they are top of La Liga and they are in the final of the Copa del Rey.

“We have been training hard and hopefully by preparing this match well we can go through to the next round. We are full of confidence.”