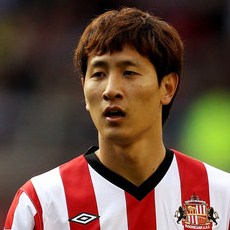 Bruce and his players will travel south without striker Nicklas Bendtner, who is ineligible under the terms of his loan deal with Arsenal, and that could mean a first Premier League start for either South Korea international Ji Dong-won or England under-21 international Connor Wickham.

Asked about Ji’s chances of playing, Bruce said: “I have said many, many times, the boy is only 20 years old and he and Connor have been bought for the years ahead for Sunderland.

“He will be a great player for Sunderland, I have no doubt about that, but we must remember that he’s 20.

“He’s knocking on the door, he has been involved in every game we have played and he will continue to be so.

“He is certainly in my thoughts. I have got to make a decision on who I am going to play.”