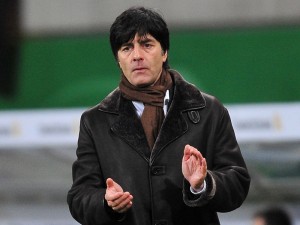 Germany coach Joachim Low is being linked with Arsene Wenger’s job at Arsenal.

The Telegraph says PSG’s most senior figures have been telling members of their circle that Wenger has been persuaded to leave north London after 17 years in charge of Arsenal.

PSG’s owners will have been encouraged by a report suggesting Arsenal have already identified Löw as a potential long-term replacement at the Emirates.

Löw would treble his salary by coming to England – and would be seamlessly replaced by the departing Bayern Munich coach Jupp Heynckes a year out from the 2014 World Cup.


Adnan Januzaj is the next Man Utd star – Fergie