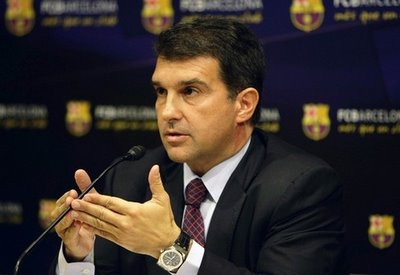 Barcelona president Joan Laporta has declared Lionel Messi as the greatest ever after the Argentine ace scored a hat-trick against Real Zaragoza.

Laporta told reporters that : “He’s the best player in the world and the history of football. Along with Johan Cruyff and Diego Maradona he is the best we’ve seen in Barcelona,”

Laporta also added that : “He’s played a great match, he is a football genius and he plays for the team. He is the leader of Barcelona. Also he thinks about his team-mates after he handed the penalty to Zlatan Ibrahimovic to score.”

Iniesta : We Must Watch Out For Jack Wilshere!