Good news for all Liverpool fans as midfielder Joe Allen is ready for a first team return. 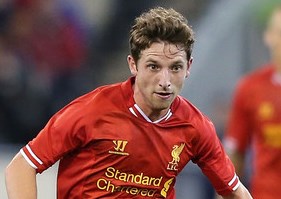 The Wales midfielder has not featured since suffering a hamstring injury in the Capital One Cup defeat of Notts County seven weeks ago.

The 23 year old told the club’s website: “I’ve been pretty open – last year didn’t quite go as well as I hoped.

“There were certain games and moments where I did well – the key is to get that consistently.

“A lot of people have spoken to me, fellow players have said about moving to a different club for the first time. It is the first time I have experienced that.

“That’s out of the way now, so hopefully I’m a year on and a year more experienced because of that.”