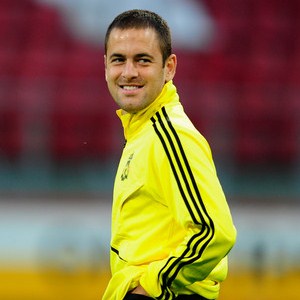 Liverpool midfielder Joe Cole is aiming to see action for The Reds in tonight against Europa League opponents Sparta Prague.

The England international star hopes to retain his place as Liverpool face the Czechs again at Anfield tomorrow in the second leg of their last-32 tie.

The former Chelsea star said: “It was important for me to get a game under my belt as I’d only trained twice, so it was nice to come on early.

“I didn’t expect that and it was good to get going again.

“Hopefully all the little niggles and injuries I can put behind me and I can concentrate on the end of the season.”