It has been reported that Joe Cole has emerged as a target for North America’s Major League Soccer. 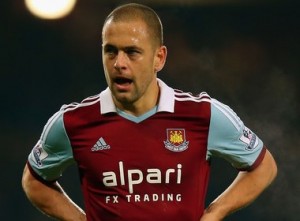 The 32-year old former Chelsea and Liverpool star has departed West Ham United following an 18-month spell with his childhood club and is now on the hunt for a new club.

Varying reports are suggesting that Cole’s availability has interested MLS Commissioner Don Garber who is preparing for another expansion season in 2015 with the inclusion of New York City FC and Orlando City.

Since debuting for the Hammers in 1998, former England international Cole has spent time with Chelsea (winning three Premier League titles and three FA Cups), Liverpool and French side Lille and is now pondering the next move for his career.

Despite being a Designated Player target for MLS, the 32 year old suggests he wants to remain in England with his family and continue to play at the highest level.