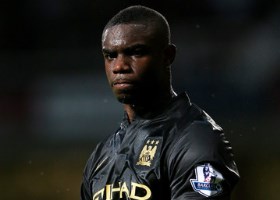 After five games on the bench, boss Manuel Pellegrini restored the England international for Wednesday’s 4-2 Champions League win over Viktoria Plzen at the Etihad Stadium and he did not disappoint.

Richards said: “In my opinion, he’s one of the best in the world.

“Obviously as a player you always go through difficult times but the best always rise to the top and he is top three in the world and definitely the best in England, that’s for sure.

“I think he’s mature enough, he’s bright enough to get over this sort of hurdle.

“Everyone goes through a difficult spell in their career. He has gone through it and he’s one of the best so he will get over it and I thought he did very well.”