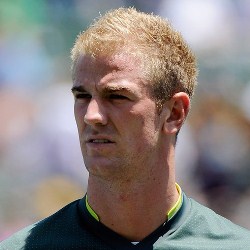 It has been revealed by Skysports that Manchester City stopper Joe Hart is understood to have agreed terms on a lucrative new contract at Eastlands.

Previous reports have suggested that City were prepared to treble the England international’s wages to £90,000-a-week in order to give him parity with fellow Englishmen Gareth Barry and James Milner.

The 24 year old joined City in 2006 in a deal worth an initial £600,000 from Shrewsbury and he went on to play for Tranmere, Blackpool and Birmingham on loan.