England coach Roy Hodgson has admitted that Manchester City goalkeeper Joe Hart remains the first-choice and will start one of the friendlies against Chile and Germany later this month. 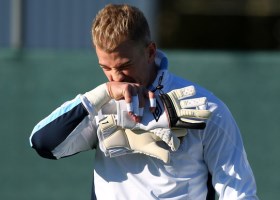 The 26 year old has been benched by his club manager Manuel Pellegrini for their last three games following some poor performances.

Either Celtic’s Fraser Forster or Norwich keeper John Ruddy will take the gloves in the other.

Hodgson said: “Joe will start one of the two games, but I don’t think he will start both because I feel it’s important for me to look at one of the other two keepers, possibly both, I haven’t decided yet. But Joe is still our No 1 goalkeeper.

“I would guess it’s more likely he will start against Germany rather than Chile but I don’t wish to be held to that.”