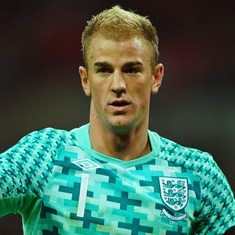 Joe Hart has admitted that Manchester City can feel Manchester United breathing down their neck.

City lost their leadership for a couple of hours to United ahead of victory over Arsenal.

Hart told Sky Sports One: “We put pressure on ourselves. Manchester United are brilliant but we knew we had a job to do this afternoon and that if we won we’re back where we want to be.”

England international Hart was only looking forward after City’s recent setbacks, adding: “The Champions League and Chelsea (defeat) have gone.

“You’ve got to pick yourselves up and move on and we have done.”