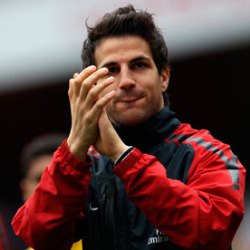 Johan Cruyff has urged Barcelona to bring Arsenal star Cesc Fabregas back to the Nou Camp.

The Dutchman, 64, said: “If Cesc signs there will be four players for three places, which means all of them can share out a lot of games.

“There comes a stage in the season when everything is at stake but the team is out of gas.

“As good as the Barca players are – and they are good – there comes a time where they’ve played too many games.

“You need players not only to strengthen competition but also to move things around without upsetting the team’s rhythm.”